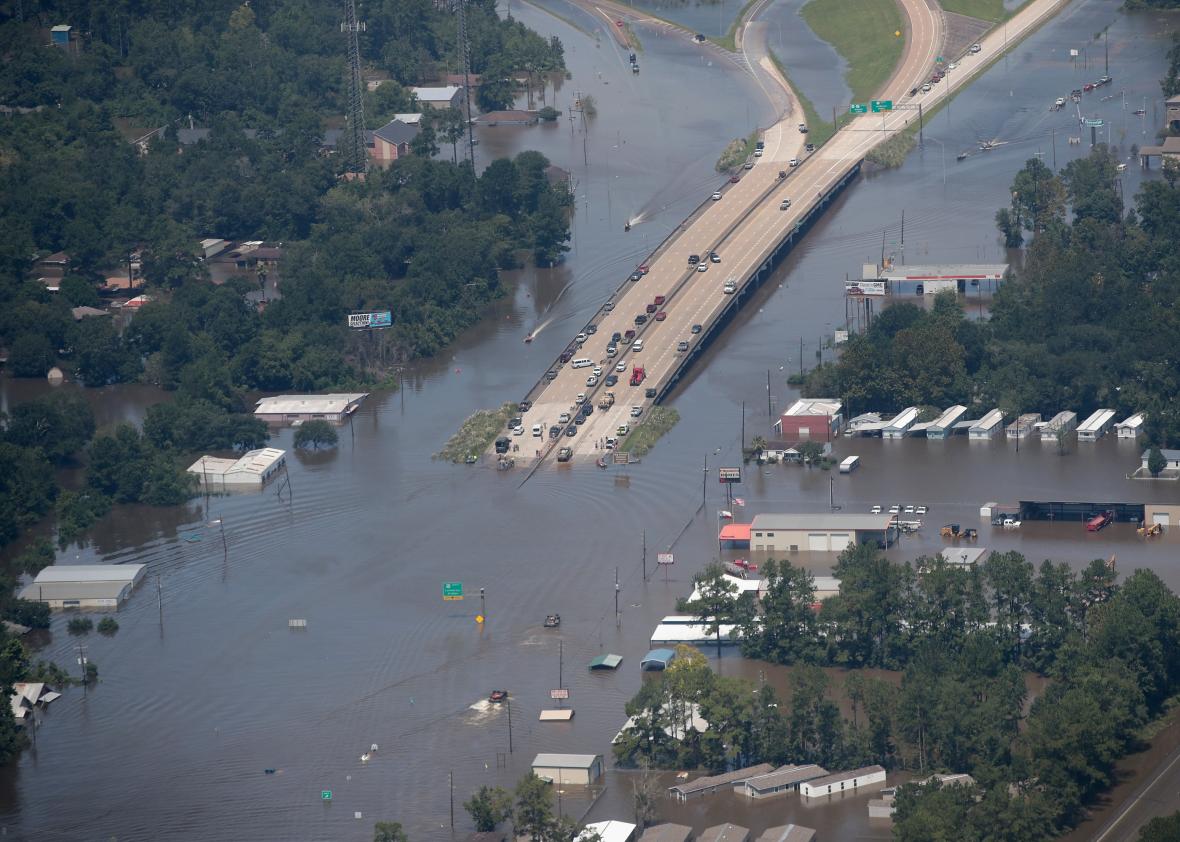 It’s hard to fathom the scope of damage done to Texas by Hurricane Harvey. Day after day, images of flood waters and devoured neighborhoods showcase the vast devastation of a tropical storm so potent that its rains effected a permanent 2 centimeter lowering of the city of Houston. That’s right, the city which looks like a water-logged hellscape has in fact gotten slightly closer to Hell, and it’s all thanks to Harvey and Greg.

Not Tropical Storm Greg, a Pacific cyclone which dithered around the ocean instead of doing anything meaningful; I’m referring to Texas Governor Greg Abbott, who’s presently dithering around in a fashion much more costly to the lives of Texans. You may remember Abbott as the puppeteered Governor whose lack of character prompted the abuse of a special session of the Texas legislature in order to pursue discrimination against transgender persons, among other priorities such as stopping municipalities from restricting tree-cutting. What’s he up to this time?

Bipartisan outreach! Mind you, it’s to cover for the fact that Abbott is refusing to activate Texas’s $10 billion rainy day fund to help deal with Harvey relief. Now I don’t know about you, but I was under the impression that Texas had had itself one hell of a rainy day not so very long ago. One cannot imagine much better circumstances for bringing at least some of that money forward to help the displaced and dispossessed who will struggle to rebuild in the wake of the storm. Perhaps Gov. Abbott knows something I don’t about the return of Godzilla and is doing something immeasurably wise.

To be specific, Abbott says Texas doesn’t need to use the fund because it doesn’t need that money for recovery. That’s because the federal government is planning to provide some $7.9 billion in relief funds, alongside $100 million in disaster relief grants activated through the state’s legislative mechanisms. Abbott further anticipates $100 million in charitable contribitions from the Michael and Susan Dell Foundation. Mind you, I’ve seen Texas turn away charitable offers from Canada, opting to ask for prayer in place of material aid. As one does. In any event, Abbott believes that these funds will be sufficient to keep things moving until the start of the next legislative session.

So, 16 months running on $8.1 billion dollars in disaster relief funding. That’s a substantial amount of money, to be sure, and who can say whether that $10 billion would meaningfully affect rebuilding and relief efforts? Of course, it’s been estimated that “it’s going to require even more than what was funded for [Hurricane] Katrina,” and that the price tag for getting Texas back on its feet would be somewhere around $180 billion. I got this information from a man named “Gregory Wayne Abbott” and I’m not sure about his credentials on this matter, but I hear the Governor thinks rather highly of his opinion.

In fairness to Abbott, activating that money would require the legislature to be in session, which they won’t be until, again, January 2019. If only there was a way for the Governor to call a special session of the legislature, perhaps a short window in which to address an important priority issue, such as making sure cities can’t tell people not to chop down trees. Making it harder for women to secure legal abortions. Ensuring that transgender persons understand just how much contempt Abbott has for their gender identity. Perhaps one might consider deploying more funds for a $180 billion catastrophe to be a priority with equal weight to these? Perhaps it’s a slightly higher priority?

Nope. Having failed in his 20-point plan to make Texas a model Republican state, Abbott seems to be content with Houston being a model swimming pool. Perhaps he feels that it’s none of his business; he’s only governor of the state, after all, and he thinks the federal government owes him the rest of the cash after the “down payment” that this week’s relief bill represents in his mind. On the other hand, Abbott has been at the forefront of anti-environmental activity for most of his political career; ignored repeated warnings over the last few years about Houston’s vulnerability to catastrophic flooding and hurricanes; and essentially ignored the lesson of 2008’s Hurricane Ike, which took out Galveston Island and narrowly changed course before it could do to Houston what Harvey did.

Abbott’s failure to act goes beyond moral hazard, for he has no assurances that Texas will ever receive federal funds commensurate to cover the whole of the disaster (in fact, Hurricane Irma’s approach makes it less likely in the near future). We’re now squarely into immoral hazard territory, where Abbott’s continued refusal to act in the interest of Texans’ safety and welfare is justified on one side by “we don’t need the money” and on the other by “I’m sure we’ll get it from somebody else.” Even assuming he’s correct, the amount of time it will take to gain access to those funds will have serious material consequences for thousands of Texans and for a prosperous city that must now rebuild itself in the wake of calamity.

So congratulations to Greg Abbott, who has taken the initiative to be a lesser man than Donald Trump, who reached out to Democratic leaders to negotiate Harvey relief without trying to use it as leverage, and Mitch McConnell, who extended the aid package in the Senate to include an additional $7.4 billion in block disaster funding to supplement FEMA and supported the funding measure in the Senate alongside Chuck Schumer. I can’t imagine the political value of having the opportunity to legitimately claim you’ve done more for your state than Washington and throwing it away, but then of course I’m not Greg Abbott.

One thought on “Abbott and Cost Hell Eau”

How can it be that the legislature won’t sit again until 2019??