CHIP Off The Block 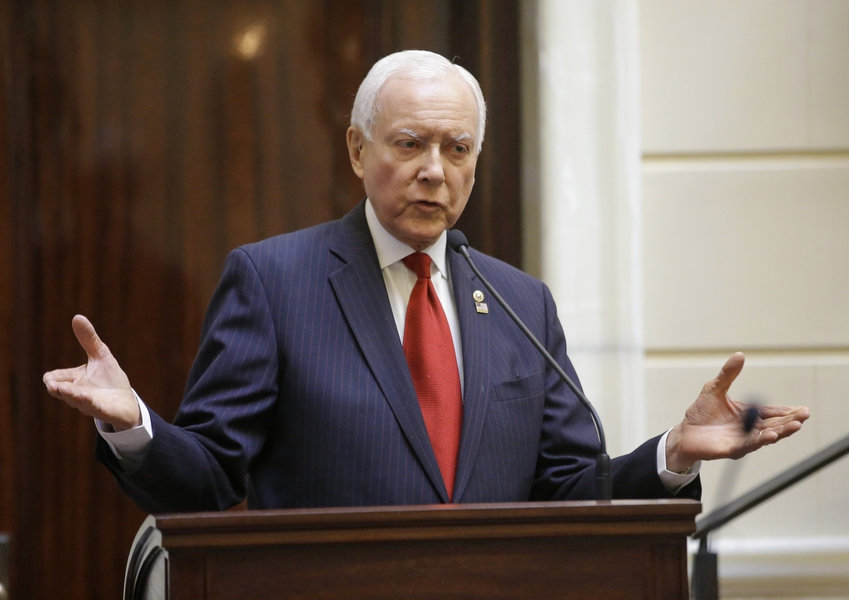 Leave it to Congress to spend so much time dwelling on rushing a terrible new piece of health legislation that they whiff on the routine task of reauthorizing an old one. That’s right, welcome to October, and say goodbye to the Children’s Health Insurance Program. A bipartisan effort instituted in 1997, CHIP provided low-cost health insurance for some 9 million American children.

So anyway, that’s over.

Last reauthorized in 2015, CHIP was the brainchild of Sens. Edward Kennedy and Orrin Hatch. It endured through the second term of the Clinton administration, was sustained for the entirety of Bush’s two terms, and upheld for Obama’s time in office. If ever we needed yet another object lesson in how the Trump era differs from normal governance, here it is in black and white – Congress, knowing CHIP had a firm deadline for reauthorization, spent the final month of the clock arguing the merits of bills they didn’t know the full details of and rushing to assemble the votes to claw back health funding under the guise of a “better way.”

For the moment, states still have some CHIP money in the bank, though projections say many will be lucky to make it to the end of the year, and none are expected to have anything left as of March 2018. State governments are already looking at how to shutter a 20-year program and what it might mean for the uninsured rate among children, which went from over 14% before CHIP to around 4.5% after. The potential consequences for lower-income families are catastrophic, and thus far the federal government hasn’t spoken to anything it can offer in terms of easing the transition or drawing down the program.

Perhaps that’s because Trump is now down a Health and Human Services Secretary; Price has paid for his profligate wasting of taxpayer funds with his job, and the position is now vacant. I heard a rumor that Trump had the capacity to get “the best people” into these critical departmental positions, but in fairness, the man I heard that from is a habitual liar addicted to the sound of his own voice. Instead, we got Tom Price, and in fairness to Trump, it’s not like Mr. Price’s presence in office resulted in any mustering of forces and resources to ensure CHIP reauthorization.

So where does that leave us? Orrin Hatch still holds his seat, and has promised that reauthorization will happen on time – for some value of “on time” that means “after the deadline, but somehow still okay.” The Senate Finance Committee has already agreed to five more years of CHIP funding, though this agreement hasn’t been voted on on the floor. Hatch appears very confident that everything is going to be fine, which is a great place to be if you’re not a child in need of a health insurance program.

In the meantime, states and families can’t afford to wait and see whether or not Congress can get its act together. Time and resources now need to be invested into planning for a future in which routine reauthorization of a bipartisan funding bill is unreliable. Who knows? Perhaps Republicans had this in mind all along – they were certainly quiet enough about CHIP and the coming deadline. One is left wondering just how “bipartisan” government spending on health services for 9 million needy children actually is in 2017; certainly there are more voices on the right than ever before who would love to condemn programs like this, and an argument can be made that what has kept them from crowing about it is the fact that it’s a program for children. In other words, some people might consider the lapse in this program a skewed and amoral victory, and the only thing keeping them from celebrating is the terrible optics.

If that sounds conspiratorial, well, it may be that – far be it from me to put words in the mouths of the Ted Cruzes, Rand Pauls, and Paul Ryans of the world. Hanlon’s razor: never attribute to malice that which can adequately be explained by stupidity. Congress has plenty of both to go around. Perhaps that’s why we have some limited amount of cover in the remaining funds of the program, which do provide a diminishing but real window for reauthorization before things all go south. Nevertheless, it’s been said before that for evil to triumph, all that’s needed is for good people to do nothing. I’d like to add to Mr. Burke’s observation that evil also wins out when mediocre people do other things instead of what they know they should.