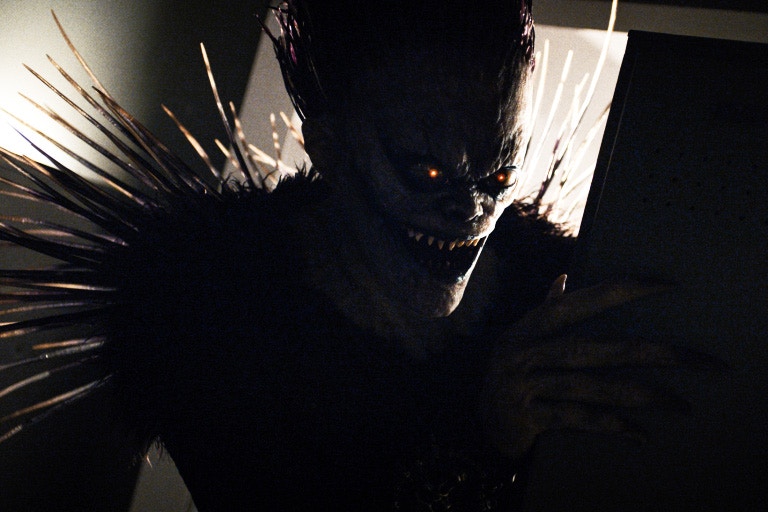 I think there’s real potential in Netflix and other content creators looking to Japan for adaptable material. Certainly we’ve seen American networks do well with adaptations from Europe (sometimes; other times, their “efforts” are calamitously poor) and no less than the likes of Martin Scorsese have drawn from East Asian live-action films – 2006’s The Departed being based on a Hong Kong film called Infernal Affairs.

On the other hand, while manga and anime are replete with innovative stories told with unique auteurial flourishes, its idiosyncracies have some fragile qualities that Hollywood’s clumsy machine can mangle into oblivion. I shouldn’t need to point out the waste of film reel that was this year’s Ghost in the Shell, and anime-like shows such as Avatar: the Last Airbender (a Western production, but inspired by Asian motifs and featuring ethnic Asian characters) have produced unfathomable disasters in the hands of whitewashing producers and incompetent directors.

You’ve got to realize it’s a bad omen when a film like The Last Airbender is brought up in the review of another film. I’ve done so because two of the key sins of that film have manifested themselves in Netflix’s production of Death Note, a film that arguably would have done much better as a proper miniseries. I say “arguably” because Netflix has committed a misstep already this month and Death Note isn’t any kind of argument for a return to form.

The story follows the same setup as the now-classic psychological thriller: a high-school student named Light comes into possession of the “Death Note,” a supernatural notebook with the macabre ability to extinguish lives. With a name, a face, and the stroke of a pen, Light can cause someone anywhere in the world to die. At first terrified by the outcome of his test and of the Note’s macabre custodian, a demonic “death god” named Ryuk, Light rapidly comes to acquire a taste for the power of absolute judgment and with its free exercise becomes “Kira,” the public’s adopted name for their invisible and omnipotent demigod of justice.

Governments and law enforcement worldwide attempt to solve the “Kira” mystery, aided by the contributions of eccentric detective “L,” who narrows his field of search with extraordinary speed and turns the hunt for Kira into a face-to-face chess match between himself and Light. Complicating matters is the fact that Light’s father is the local chief of police, dedicated to finding Kira and insulated from reprisal by the familial bond between father and son.

Death Note suffers from wanting to pitch a second film at the same time as it packs too much content into the first one, a weird combo-platter error that threatens to ensure a sequel won’t be in particularly high demand. The adaptational sins committed against the source material feel like an uncharitable comparison – all adaptations need to be cut a bit of slack – but I do have to highlight the unnecessary whitewashing of the main characters. Nat Wolff’s frosted ‘do and perpetually gobsmacked expression don’t make for a convincing teen chessmaster, and the character as written is often lost and overwhelmed. The audience has to be told that Light is a smart guy, and by that time it’s much too late – we’ve seen sufficient evidence to the contrary.

Keith Stanfield’s detective antagonist character makes some rapid logical leaps, but is otherwise too flooded with contemporary morality to discuss matters as a “game” in the way that he does. The personality given to this version of the character affords him no excuses for not going after Light faster and with considerably more resources, and the “pursuit” is abrupt and lackluster. Light’s father is the most generic version of this kind of character, and the decision to ostracize him within his own police force undercuts the reason to bring him into the investigation at all. Then, of course, there’s Mia.

Basically a discount Kristen Stewart alternating between emo and psycho modes, Mia is Light’s girlfriend, brought in on his secret and quickly developing more affection for Kira than for the man behind the name. Mia’s all about escalation, and her often idiotic bloodlust forces the plot to move forward faster than the writers are able to keep on top of. She’s exactly the kind of character one expects to be added to an adaptation. That’s not a compliment.

As for Willem Dafoe, you couldn’t ask for a better Ryuk – but you also won’t get a lot of him. He spends more time chuckling darkly than anything else, and the rest of his screen time feels poorly employed. The natural humor of the character, as well as the naturally macabre qualities of a ghastly death god, fade away to reveal more generic antagonism and an unexplained desire to see more mayhem, to the point that he often asks Light to surrender the Note so a less discriminating holder may be selected. It’s a conflict that doesn’t need to exist, and that’s really what the whole film boils down to: given source material driven by a singular and top-notch conflict between detective and criminal, this film feels the need to add in two more, in the process shorting the most interesting of the trio to shoehorn in romantic drama and unwarranted action scenes.

As a result, while I certainly can’t endorse the film – it’s not good – I find myself with an odd recommendation to make: if you’re considering whether to watch the film, it’s fine to do so if you’ve already gone through a better version. If, on the other hand, you’re not already familiar with the far superior source material, I’m fairly certain that Netflix’s lackluster effort will burn you on the real thing. That’s a pretty damning quality for an adaptation, but unfortunately that’s where we are. Netflix’s Death Note is a pale shadow of a better story given a disengaged Hollywood treatment that shows no affection for the quality product that ostensibly inspired it, a paint-by-numbers template to which some borrowed aesthetics were tied. This one’s not worth your time. It certainly wasn’t worth mine.