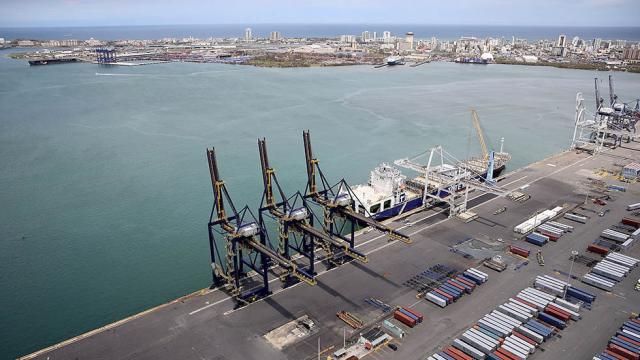 This past week is probably the first time many people have heard of the Jones Act, a relatively obscure law from the 1920s. It has come into focus because of the Trump Administration’s abrupt refusal to waive its requirements to deal with the hurricane-spawned crisis in Puerto Rico, despite previous waivers for mainland areas afflicted by Hurricane Harvey and Hurricane Irma.

What’s going on with the Jones Act, exactly? Well, in fairness, the failure to grant a waiver in a timely fashion – especially when juxtaposed against Trump’s mumbling about industry revenues being at risk – comes at a poor and suspect time from an administration that has already been tepid on assistance to Puerto Rico. Yes, aid is coming, and certainly the waiver has now been granted, but it’s difficult to give credit to a man whose activity during the immediate aftermath of the hurricane was centered on complaining about the NFL. A man whose first comments about Puerto Rico involved how much of a problem it was that they owed so much money to Wall Street. Trump had the opportunity to tackle this crisis cleanly, and his choices inevitably speak volumes about who he is and how he operates.

Leaving him aside, though, we find that the Jones Act, now in the public crosshairs, is taking a lot of heat – not just for the needed waiver to help with the crisis, but also for continuing to exist at all. Senator John McCain has been a leading voice calling for its repeal, and a popular media narrative says that the Jones Act is an archaic law that unfairly discriminates against Puerto Rico and should be terminated. Perhaps we should look at what the Jones Act actually is, and at what it is not.

The Jones Act stipulates that shipping between US ports must be conducted on American-owned, American-flagged, American-staffed ships. This is a protectionist law, which reduces competition for coastal shipping by foreign vessels. Its origins date back to a shipping crisis during World War I, when several foreign nations recalled their merchant fleets for military service, leaving the USA with a sudden dearth of available tonnage. The Jones Act was intended to protect a homegrown shipbuilding and shipping industry in order to ensure that the US wouldn’t face such an issue in the future.

Are we particularly concerned about another mass recall in 2017? No. However, there are plenty who remain concerned about protections to support an industry which would otherwise be vulnerable to outside competition – Rep. Duncan Hunter, for example, a major proponent of US shipbuilding. Protectionism… well, it does what it does, for better and for worse. There are everyday people who benefit; there are large corporations who don’t; and the reverse is also true, depending on which players one looks at. There’s an argument to be made that protectionism in an industry impedes growth, but that growth must be measured against the value provided by protecting the industry. So far, it seems, the US’s political calculus favors the Jones Act.

It’s also important to understand that when Puerto Rico and supporters complain that the Jones Act makes shipping more expensive, they are correct – but the added expense has the same origins as why products manufactured in America cost more than those made in Mexico or China. To put it simply, the Jones Act ensures that US-flagged ships are used for domestic shipping, and a ship must follow the laws of the country whose flag it flies. The Jones Act makes shipping more expensive because those who work on the ships are covered by US labor protections, and because the vessels must follow American safety and maintenance laws. The Jones Act is in fact one of many such laws worldwide – most countries pursue some form of protection against foreign vessels conducting trade between their own ports and thus competing with domestic shipping and overland transportation. The word for this behavior is “cabotage,” and applies equally on the seas and in the skies.

So no, the Jones Act isn’t some terrible and petty law designed to put the screws to Puerto Rico. It fulfills a function, is comparable to other laws in other countries, and likely serves up a number of benefits by closely regulating activity at American ports. Where Puerto Rico gets the short end of the stick is in the dispensation of waivers for the Jones Act.

For the most part, the Jones Act isn’t overly punitive to mainland America. It’s areas that rely on overseas shipping that have issues with the costs imposed by the Jones Act. This includes Hawaii and Puerto Rico, as well as other US unincorporated territories. Puerto Rico is far from a puerto rico – an ongoing economic crisis has crippled the island. They could use some relief from higher shipping costs, whatever the nature of them. American politicians can argue about the moral costs, the value of operating under American law, but there are already unincorporated US territories benefiting where Puerto Rico suffers. The US Virgin Islands, Northern Mariana Islands, American Samoa, and Guam are all partially or totally exempt from the Jones Act. Considering the location of Puerto Rico relative to the mainland United States, it’s not hard to see how the small island nation could benefit from effective cabotage conducted via ships owned by Caribbean nations, among others. Some estimates have pegged the cost increase of adhering to the Jones Act at 50% of the price Puerto Rico has to pay. At a certain point, this does begin to look unduly discriminatory.

The Jones Act occupies a complicated niche in its specific industrial ecosystem, one that suggests full repeal is an issue warranting a lot of examination. Its application to Puerto Rico, however, feels like a much simpler knot to untangle: the island cannot afford to be treated differently than its immediate neighbors. Puerto Rico badly needs the assistance of the United States Congress to rein in costs and begin to tackle the issues of its finances; an exemption from the Jones Act would be a substantive first step, and is entirely within the power of Washington. There’s no better time for this case to be made.