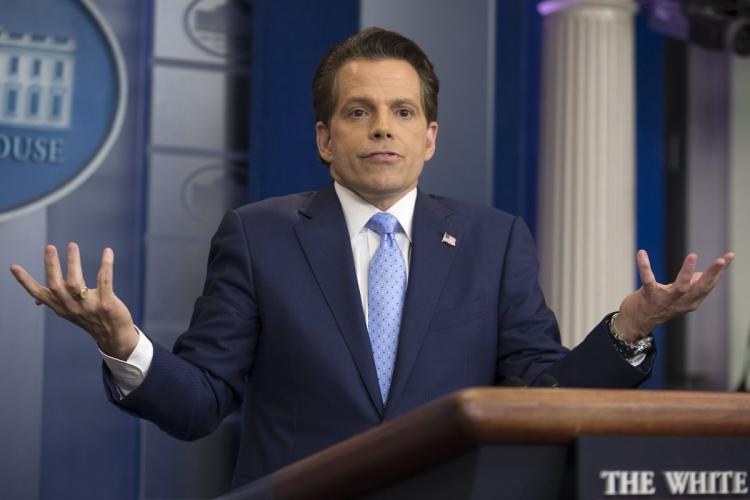 The Trump White House, obsessed with distinctiveness, achievement, and record-setting, yesterday attempted the bold feat of “earliest firing of an employee.” I’m not sure what the previous record was, but given that Anthony Scaramucci, ex-White House Communications Director, had an official start date of August 15th, I’m reasonably certain that we can give this one to Trump. Let’s be honest, negative 15 days is a hard margin to beat.

Mr. Scaramucci, also known as “the Mooch” and no doubt many other colorful nicknames similarly related to straining relationships via selfish behavior, took the position on July 21st. It appears that he assumed a different position on July 31st, but we won’t go into that. He did receive a lovely set of parting gifts from his time at the White House, however, including a divorce filing and missing the birth of his child. I’m sure Mr. Scaramucci will always treasure the memory of talking with an orange blowhard on that day. In related news, I recommend that the new infant file for a change of surname at the earliest opportunity.

Even for the Azathoth Lite experience that is Trump’s personal maelstrom zone, Scaramucci’s rise and fall seems rather abrupt. That’s not to say he didn’t get things done, of course; in his ten-day tenure, Scaramucci eliminated embattled press secretary Sean Spicer and chased out chopping-block-warmer Chief of Staff Reince Priebus. He also managed to throw Trump brand public shade at Steve Bannon, and drew out just enough ridiculous conservative adulation to embarrass them all with this week. Whether it’s Kellyanne Conway bemoaning how ethics forms and financial disclosures nearly cost them a chance to hire Scaramucci (such talent should not be wasted before it’s had ten days to demonstrate its total lack of value) or hot takes on Scaramucci as the man “both Trump and America need” to speak truth to stupid (he did manage to speak stupid to truth, so he was arguably getting there), the Mooch has managed to leave a wake of unfortunate debris.

Then again, that was sort of the point.

Looking back at last week, it’s clear that the news cycle was dominated by three things: the Senate’s multiple attempts to kill Obamacare; Trump’s aggressive misfires with the Boy Scouts, the military, and politce; and one Anthony “the Mooch” Scaramucci. Cast in the role of human white noise machine, Scaramucci was none-too-subtly put to use on the front lines of his former boss’s favorite media strategy: “in case of fire, break wind.” The result of the Mooch flinging himself into Washington discourse was a focus on the crass antics of this knockoff Trump figure – and a diversion from issues of greater significance.

Let’s not forget the things that made it to the news and got trampled by the Trump barrage – Trump giving a political speech to Boy Scouts, Trump tweeting an end to military service for transgender personnel (and being immediately rebuked by the military). Trump advocating police brutality, three Senate failures to repeal Obamacare, a new scheme to repeal Obamacare taking root…

In short, while he may have failed as a political operative, Scaramucci succeeded in sowing chaos, making a lot of noise, and eroding establishment Republican influence in the White House. All it cost him was a marriage, a precious memory, a job, political relevance, and the credibility of his name anywhere in the public sphere. Don’t spare him a moment’s sympathy, though; he can cry himself to sleep nightly on his $85 million final score. For the rest of us, it’s time to look back at what the Mooch was trying to distract us all from, and to see just what sort of mess the week to come will bring.