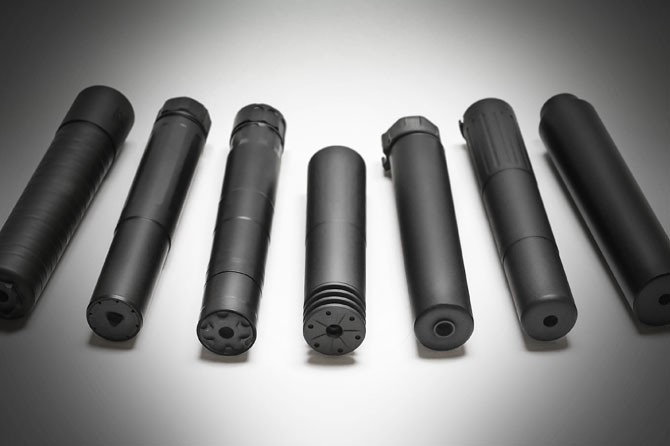 The gun industry was always doomed to face problems under a Trump administration. Their lobbyists constantly have to be aware of the fine balancing act between access to legislators and keeping a boogeyman in power to literally scare up more sales. During the Obama administration, gun and ammo sales went through the roof, despite Obama’s voting record being largely pro-gun. Trump, of course, is playing for the Republicans, which means the gun lobby has a lot of clout politically…

…but where are the customers?

Propping up supportive politicians has put a nasty dent in the gun industry’s bottom line – American Outdoor Brands (that’s Smith and Wesson to you and I) has seen a 30% decline in stock price since the election, while ammo company Vista Outdoor has dropped 41%. Like it or not, and they do not like it, getting Democrats elected prompts sporting enthusiasts, hunters, collectors, and Joe 2nd Amendment to rush out and buy, buy, buy before the government steps in to pull the plug on Americans’ right to bear more arms than they have hands.

One political solution might be under-the-table donations to Democratic campaigns, conducted via an arms’ length council and dark money funnels. Loudly protesting with one hand while conducting deal with the other – it’s cynical, but given that their fiscal bottom line requires political adversaries for maximum effect, it’s also pragmatism at its finest.

Instead, to nobody’s surprise, they gunned for a different solution.

It’s called the Sportsmen’s Heritage and Recreational Enhancement Act (SHARE), and has to do with land-use provisions regarding hunting and fishing on federal lands. Benign, bland, and concealing a measure right in the middle that repeals legal restrictions on silencer sales.

Why silencers? Well, first off, they’re the gun accessory everyone knows – and by the way, the gun industry would like you to know that they’re “suppressors,” not “silencers.” They make a gun less loud, not silent. They’re a safety feature, the NRA argues, necessary to protect the hearing of gun enthusiasts. Meanwhile, Donald Trump (Junior, not Original Flavor) is a major advocate of silencers, saying of them, and I quote, that they are great for getting “little kids into the game.” Why we’re referring to possession of deadly force as a game suitable for children is beyond me.

The industry likes to argue that the pop cultural depiction of “suppressors” distorts their actual capability to reduce sound, but the industry is also banking on that being the case – they intend to sell to people who believe KABLAM! will become pwif! and as far as they’re concerned the erroneous impression is a feature, not a bug. Politically, they use the reminder purely to advocate that a “suppressor” can’t actually increase risk to anyone, since a gun’s report can still be heard.

That, of course, is not true – consider the mass shooting in California, where neighbors failed to hear and recognize 14 shots from a silenced weapon, resulting in the deaths of four people. In an article breaking down the science of silencers, in use by armed forces in Afghanistan, it was noted that the reduced ballistic crack from a silenced weapon made it harder to determine the direction fire was coming from, resulting in enemies running toward the guns rather than away from them. Great in warfare, perhaps, but the worst possible scenario in a school shooting.

What are the existing restrictions? A $200 tax and a requirement to register the silencer federally. Unlike firearms, which are much more common, silencers are still an item with low enough demand in the criminal underworld that a tax and a registration are sufficient disincentive to acquisition, legally or otherwise. Where they continue to show up is in the hands of people planning extreme violence. There are real concerns that the distorted pop cultural impression of silencers may give a feeling of “untouchability” to would-be shooters, encouraging criminal activity.

The thing is, most gun owners (73% by a recent poll) don’t want silencers to be any easier to obtain. It certainly does no favors to law enforcement, who would be the ones with the most increased risk if more silencers were available. This simply isn’t pertinent to right-wing voters; it matters only to the allied lobbying group that wants to increase sales any way they can. Yes, that does include sales to children – why not? They’re Americans. Second Amendment.

One can only imagine there will soon be a marketing push for loudeners, as well as holsters, bandoliers, speed-cockers… anything to help tackle the fact that the gun industry’s record sales era has passed. An industry that relies on unfounded fears will never stop having low periods, and the NRA will never stop trying to make that Americans’ problem.

2 thoughts on “Silencer Is Golden”

I recall an army sniper saying that silencers don’t make you silent, but rather make you invisible. As you say – good for warfare, but an absolute nightmare for law enforcement.