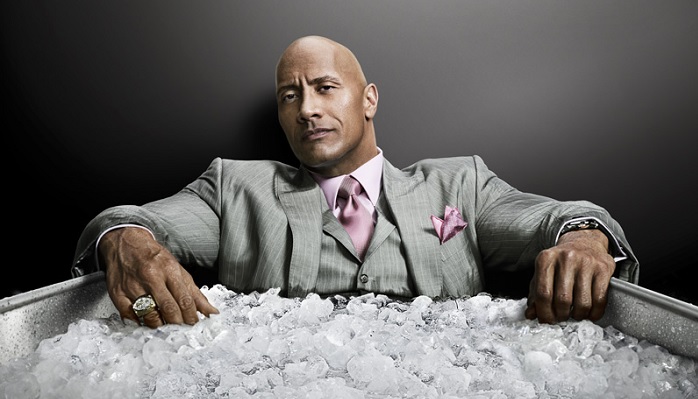 I have a very good friend with a keen sense for what I will and won’t enjoy in media, and when I asked him about Ballers – a show he’d talked about enjoying – his response was pretty straightforward: “I don’t think you’d like it.” Nonetheless, it kept appearing on a list of shows being talked about, and invariably that kind of buzz at least earns a one-episode sampler. Plus, come on, Dwayne Johnson leads the cast. How bad could it be?

Funnily enough, I ended up discussing it recently with that same friend, and I told him what I’ll tell you: Ballers is in a very bizarre category wherein it absolutely should not have been recommended to me (he was quite correct in his belief) but I nonetheless found it entertaining.

How does that work?

Well, a lot of it probably has to do with expectations – recommendations raise them, warnings lower them. Ballers is a show about football players – their financial struggles, their friendships, the hazards of the job, the hazards facing them once they leave the job, and how ludicrous the lives they lead really are. It’s been described as Entourage meets ESPN, and certainly it’s easy to see elements of that show here – no surprise, since one of the creators is a former cast member.

Spencer Strasmore is a former pro football player, now retired and working as a financial planner at Anderson Financial with superior Joe Kortel (Rob Corddry). Brought on by Kortel over Anderson’s objections because of his football connections, Strasmore is encouraged to monetize his friendships for the firm. Those friendships include Ricky Jerret, a belligerent wide receiver whose string of highly public incidents puts his career in jeopardy; Charles Greane, who retired before he aged out of the game and is searching for some new direction in life; and Vernon Littlefield, an up-and-coming defensive end with the Dallas Cowboys who has burned through his first contract’s cash and is looking for a loan and a big enough contract to finance his charitable aspirations – and the high life his friends and hangers-on have come to expect.

Jerret gets dropped from his current team in the wake of a public brawl and given one last chance by Miami Dolphins GM Larry Seifert (Dulé Hill, who I’m incredibly pleased to see again post-West Wing). Greane tries his hand at auto sales but finds himself questioning whether he should have left football – and whether he has it in him to go back. Littlefield is saddled with naive youthful perceptions of loyalty, letting obnoxious friend Reggie (who currently mismanages Littlefield’s finances) butt heads with Strasmore over his future and lay waste to valuable contract offers from Dallas in search of top-of-the-league dollars.

As for Strasmore himself, a large personal loan to Littlefield puts him in a financial squeeze and he shakes out of Kortel that the owner of the business didn’t want to hire him in the first place. Further, he’s been having nightmares and worries that his football career may have left him with brain damage, but is afraid to pursue the truth. Making a play for other big-name players’ business, Strasmore speaks the honest truth to them about how easy it is to watch all their money disintegrate when their career ends. A threat to Littlefield is particularly ominous, making it clear that should Littlefield attempt to hold out for a better deal and get injured before signing a new contract, he won’t get new offers – and has already burned through all the money he has already earned.

There are the makings of a good series here; Strasmore’s earnest speeches are fun to watch, Greane is a naturally endearing character who’s fun to watch; and Jerret is a driven mess of a character whose invariable capacity to dig himself a deeper hole is matched only by his skill at somehow keeping a grip on the edge of the pit. Even Kortel manages to pull himself out of an early tailspin, demonstrating his value as someone who can personally connect with the clients they seek for Anderson and negotiating a large liability down by 70%. Littlefield and Reggie, however, remain respectively bland and irritating – it’s hard to understand why anyone would take financial advice from Reggie, let alone spend time with him. He doesn’t even reach “love to hate” level; he’s just an abrasive pill who doesn’t even accomplish the clichéd conflict beats one might predict from him.

Ultimately, where the show fails is twofold – one, in how a rushed second half seems to skip an episode’s worth of exposition and character reactions (Episode 9 opens with some state-of-affairs talk that comes out of left field); and two, in how easily it lets literally every one of its characters off the hook by the end of the season. All points of conflict and uncertainty are resolved, so neatly that it strains credulity. Ballers also has a problem with its depiction of women – this is a man’s fantasy world, with all that that entails. Potentially interesting characters Tracy, Bella, Julie, and the built-up Angie all fail to get payoffs of their own. Bella is the only one who comes close, being part of one of the few storylines on this show that has any kind of consequences come the end of episode 10.

Ballers still has room to do better, to crack into the financial management issues football players face, to examine the personalty damage caused by taking young men and making them instant millionaires in exchange for risking their health for popular entertainment. We’ve only seen glimmers of it so far, but it’s there, and Spencer Strasmore is the guy who knows it. At its peaks, the show is involving, heartwarming, and decently funny – but it’s got a truckload of issues to get past, most significantly how willing it is to skip the hard work and get right to the easy payday. Didn’t they advance a thesis about how problematic that is?