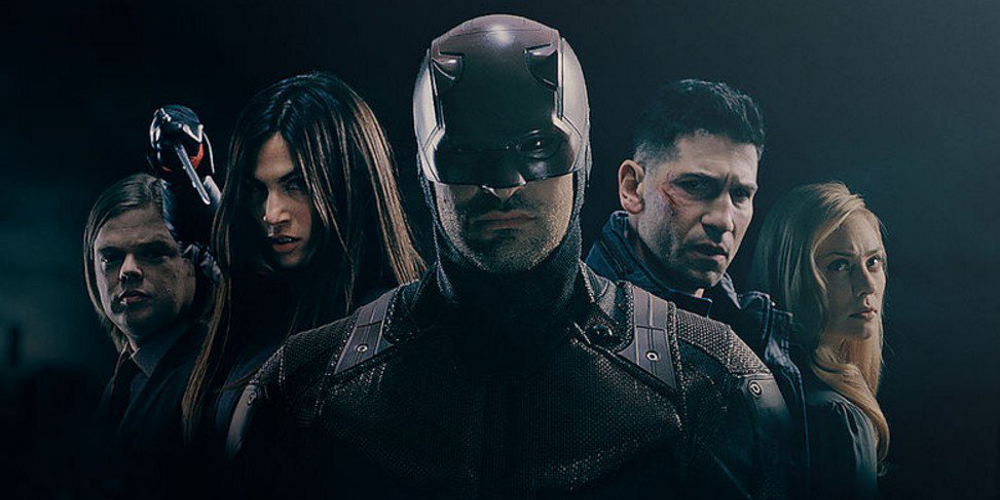 Renewing Daredevil for a second season was a no-brainer after the Marvel-ous reception the original run received from critics and audiences alike. Rushed out the door less than a year after the release of the first season and a mere four months after Jessica Jones, Daredevil’s second season teased a couple of prominent Marvel characters joining the fray, while also promising the same atmosphere, narrative pacing, and expertly-crafted action that won it so many plaudits the first time around.

It’s times like these that I’m grateful for the term “sophomore slump.”

As it’s necessary to discuss Season 2 in terms of where Season 1 left us, this is the only warning that there will be spoilers ahead. Bail out now if uninterested.

Daredevil’s second season introduces us to the power vacuum left in Hell’s Kitchen by the vanishing of Wilson Fisk’s complex operation and the many factions involved with him. Gone are the Yakuza, the Chinese, and the Russians, leaving the cartels and the Irish Mob no enemies save one another as new territory becomes ripe for the taking. When a brutal massacre takes place, the sole survivor flees to the law firm of Murdock & Nelson for protection, bringing with him the murderous shadow of the unstoppable force that slaughtered his associates.

It’s not often that I read my own summation and think “that sounds awesome” – to be honest, it feels a bit narcissistic – but in this case it’s actually kind of true, and none of that is down to me. Daredevil’s second season does in fact start strong, with a powerful premise and a no-holds-barred premiere that concludes with Murdock getting shot in the (armored) head. The havoc continues into the subsequent episodes, as the investigation reveals that what’s tearing through the criminal underworld of Hell’s Kitchen is a one-man army nicknamed “The Punisher.” New player Samantha Reyes, an ambitious and cutthroat District Attorney, attempts to use the survivor for a wire operation that turns out to be just bait for the blood-soaked vigilante, provoking Daredevil into a confrontation with his own dark mirror, a man who doesn’t just fight the criminals but personally ensures that they stay down. Forever.

The Punisher storyline is taut and electric, reminiscent of the energy, pacing, and tension of The Dark Knight, especially in certain themes. The audience is made to find sympathy for the Punisher, aka Frank Castle, who lost his family in the crossfire of a gang war and has nothing left except his brutal style of justice. Unfortunately, it comes to an abrupt halt four episodes in, and while we will catch up with Castle again as a client of Murdock & Nelson, he leaves a void in the antagonist column that needs filling. It’s at that point that the series begins to grapple with new challenges and unforced errors.

Enter Elektra, the other major new character this season – a sexy lady love interest from Daredevil’s past with a taste for vendetta. She’s tried to push Murdock to the dark side before, and is loving his new style as a costumed vigilante. She’s returned to his life after a ten-year absence to enlist his help against the Raxxon Corporation, which is working with the Yakuza. As Foggy Nelson steps up to lead the Frank Castle defense and Matt Murdock slips further into the violent world of Elektra and her enemies, their friendship frays, reaching a breaking point when Elektra attempts to “help” the case by torturing a medical examiner.

We eventually revisit some other familiar faces from Daredevil’s more recent past, discovering new alliances and power structures in play, but ultimately the season needs a new antagonist and has chosen The Hand to fill that role. A secret society operating in the shadows behind even the Yakuza, the Hand are ninjas and mystics with an unknown goal that involves a gigantic hole in downtown New York. At their best, the Hand offer some truly eerie moments and tense confrontations, but the Law of Conservation of Ninjutsu is in full effect and it’s not long before the ninjas begin to display diminishing returns. Late in the game we meet another antagonist, for a short arc that brings Castle’s story back into the fold, but at this point the show juggles too many narratives that don’t feel weighty enough to matter, and that’s when the season overstays its welcome.

I don’t know that any of the Marvel Netflix series have successfully managed to justify a 13-episode run, despite the format refusing to quit. Daredevil’s second season, however, can barely justify extending beyond six or seven episodes. If there’s anything to compare it to, it’s the second Avengers film – like Age of Ultron, Daredevil Season 2 is tasked with being the staging ground for things yet to come, and unfortunately it really shows. The Hand are tremendously dull antagonists, taking one of the best fights in the first season and drawing it out into the constant drone of a goon squad. Just as TMNT’s Foot Clan were meant to be a parody or pastiche of the Hand, the televised incarnation becomes a self-satire, obsessed with the “Black Sky,” a weapon alluded to in the previous season, which never pays off. Much of the final episode feels more obligatory than satisfactory, and while the two new characters both prove their value when given the chance to shine, the show ruthlessly squanders their potential in service to the Hand storyline.

The end result is that Jon Bernthal’s Punisher will be receiving his own series (not originally part of the plan!) after The Defenders airs, while Daredevil will have to rediscover its identity after spending the back half of its second season servicing a crossover still over a year in the making at the time it aired. Considering what’s to come, I feel this was a significant waste of narrative real estate, and I’m expecting a return to Wilson Fisk and the introduction of a popular antagonist such as Bullseye will characterize the third season’s attempt to return to form.

The vision for this series: The Dark Knight devolves into Batman Begins to set the stage for a street-level Avengers crossover by propping up a ninja threat. The Punisher made for a crushingly effective and distinctive antagonist in a way that an army of ninjas couldn’t keep up with, and the resultant storyline shuffle will make it challenging to rebuild the core of this show from the pieces it has broken into to make way for a different one. We’ll see what sort of state Defenders leaves our characters in as they look toward their third season.

It bears noting that s2 suffered from a change of showrunner, and it shows in very particular ways, even in the much-lauded Punisher arc. Characters major and minor do incredibly stupid things (see the entire “punisher buys an illegal police radio); the understanding of law, law enforcement and crime that underlaid the first season is entirely absent (apparently DAs are in charge of police sting operations?); New York City, decently represented in season 1, has lost any relationship with reality (“this is the first I’ve heard about these multiple mass shootings with an unknown perpetrator”); competence, previously shown, is now stated but wholly absent from what we see (Frank’s opening shooting stands out here). All of this gets visibly worse once Punisher is caught, but it’s notable that even earlier on, after a first season that earned points for realism and intelligence, those things are entirely absent.