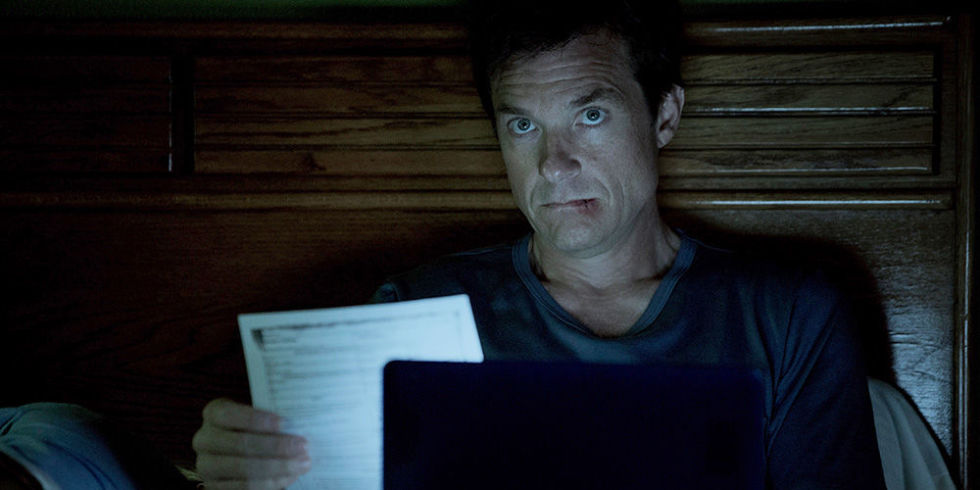 We’ve entered the Golden Age of Television, so they tell me, the sort of term normally reserved for the halcyon and bygone era of yore (whenever “yore” might be, exactly) but currently in vogue for the cohort of prestige dramas, ultraniche offbeat concept comedies, and unlikely revivals that make up the water cooler conversation these days.

Kicked off by HBO’s Game of Thrones and Netflix’s House of Cards, this Golden Age has spawned so many also-rans and imitators in pursuit of the golden glory that it’s getting hard to manage them all. Don’t think Netflix hasn’t noticed, either – for every winner like Stranger Things (whose upcoming second season I eagerly anticipate) and House of Cards (on deck for a sixth season), you have misfires like Iron Fist, Fuller House, and most notably (and expensively) The Get Down. Oh, The Get Down, what can we say about you? Here’s a $120 million boondoggle, a refreshing premise explored through a trite love story and spikes of blandly excessive violence, as though Baz Luhrmann figured he could just Baz Luhrmann it into coherency. Never use your own name as a verb. It doesn’t turn out well.

So Netflix management canned it, swinging their axe wide and catching the Wachowskis’ Sense8 in the arc. With competitors circling like sharks, hoping for an in, Netflix needs to bulk up its armada of original content and make up for that $120 million gamble. Enter Ozark, a ten-episode drama that pitches itself as a spiritual successor to Breaking Bad. I’ve just finished all ten episodes, so let’s dissect. There will be mild spoilers, so consider yourselves duly warned.

Ozark follows Martin Byrde, Michael Bluth without the humor or the incompetent family. Played by Jason Bateman, he’s a money manager who launders money for the second-largest drug cartel in Mexico along with his business partner. When greed gets the better of said partner to the tune of $8 million embezzled from much more professional crooks, the Mexicans’ murderous reprisal forces Byrde to pitch restitution and a new operation, relocating from downtown Chicago to the Lake of the Ozarks in Missouri. Now, Byrde has to get his tendrils into the local businesses, navigating the parochial egos and rural/urban culture clash so that he can launder all $8 million within a scant few months.

I was warned that Ozark started slow, but I was actually impressed with its pacing right out of the gate. That approval soon gave way to some mild concern, however, as what looked like breathless pacing from a distance began to take shape as sheer impatience for the subplots that prestige dramas spend multiple seasons lining up. We hit many of the obligatory family drama beats – the willful older daughter who wants to return to the life she once had, the younger child becoming troublingly unchildlike thanks to the disruption in his life, the affair, the investigation of the affair – but they’re all sprinted past so quickly that I don’t even remember anyone remarking on one would-be memorable scene in which a character pulls a gun on two others.

Bateman’s drama cred is unshakeable in this series, his understanding of his criminal activities so functional and pragmatic that it gives him an almost eerie disconnectedness at times. Joining him at the head of the cast is Laura Linney as wife Wendy, who’s in on the shady business of her husband and is trying to keep her family together for the sake of her children in the wake of an affair. Both show fatigue from a 22-year marriage that has eroded due to mere disengagement on both sides, and while the events of the series force them to unite rapidly and with minimal fuss, there’s an eternal sense that these people have forgotten how to like each other.

The rest of the cast varies from reasonably game to very strong, with Ruth Langmore (Julia Garner) a standout. Ruth is a local petty criminal from a family of crooks and liars, filled with unbridled potential to amp up her evil and unfettered by the stupidity of her kinfolk. She becomes part of Byrde’s operation with the intent to rob him of the drug lords’ money. Byrde also rescues a failing resort, earning the admiration (and perhaps romantic interest, though the series runs on by too fast to comment) of its proprietress, and pitches the building of a new church to the local pastor, hoping construction costs will be a useful conduit for his illegal activities.

This last, of course, draws heat from the local criminal concern, the heroin-dealing Snells. A self-described “hillbilly” family established enough to resent the original flooding that created the Lake of the Ozarks, the Snells have the local sheriff in their pocket and a nasty predilection for unreasonably one-sided negotiations. You can feel the mutual resentment as Byrde, representing a criminal enterprise so vast that it could devour his foes whole and leave no trace, silkily navigates the unstable waters of the Snells, who would prefer to simply kill him but suspect he might be personally untouchable and so resort to other means to make his life hell.

The inevitable comparison, on which the show has pitched itself, is with Breaking Bad, but Ozark gives us something entirely different from the slow moral degeneration of Walter White. Martin Byrde has already broken bad at the outset, and while we eventually learn of the circumstances that seem to have forced his hand into crime, it is made equally clear that he was tempted by the prospect and willing to take the leap with no outside impetus beyond bog-standard financial difficulties. His family is well-aware of his enterprise, and Laura Linney’s Wendy – who occupies her own position of moral wrongdoing from episode 1 – is more competent and less abrasive than Skylar White.

Arguably, the comparison also highlights a weakness in the show – and this is a strange one. Jason Bateman’s Marty Byrde is a tensely-acted and well-written character, but the few insights we have into him personally (beyond just the goals of keeping himself and his family alive) suggest a much less complex individual than Walter White ever was. Indeed, Byrde’s character may best be defined by his lack of a corruption narrative – he is personally disconnected from the work that he does and it constantly shows. When one character refers to him as the Devil, it feels unearned – at best, Byrde is a stone thrown into the Lake of the Ozarks, the ripples kicking up all the vermin that have already settled on the water. In that vein, it feels as though the Byrdes’ displacement to any other venue would produce similar results for those living there.

There’s more to say – I could quibble about the ineffective FBI pursuit, for example, or some clumsy track-laying for future seasons – but I think the heart of Ozark from a critical standpoint, for better and for worse, is this: Jason Bateman gives an outstanding performance, Laura Linney heads a good supporting cast, and the show is so impatient to have multiple seasons under its belt already that it rushes numerous plots and subplots, sometimes to the audience’s advantage but at other times to the point of leaving me asking “Why bother showing any of it, then?” Come for a crime drama with an unlikely setting that doesn’t stop to dwell on the obligatory time-wasting subplots; stay if the characters, pacing, and sharklike need to keep moving forward relentlessly are personally satisfying to you.