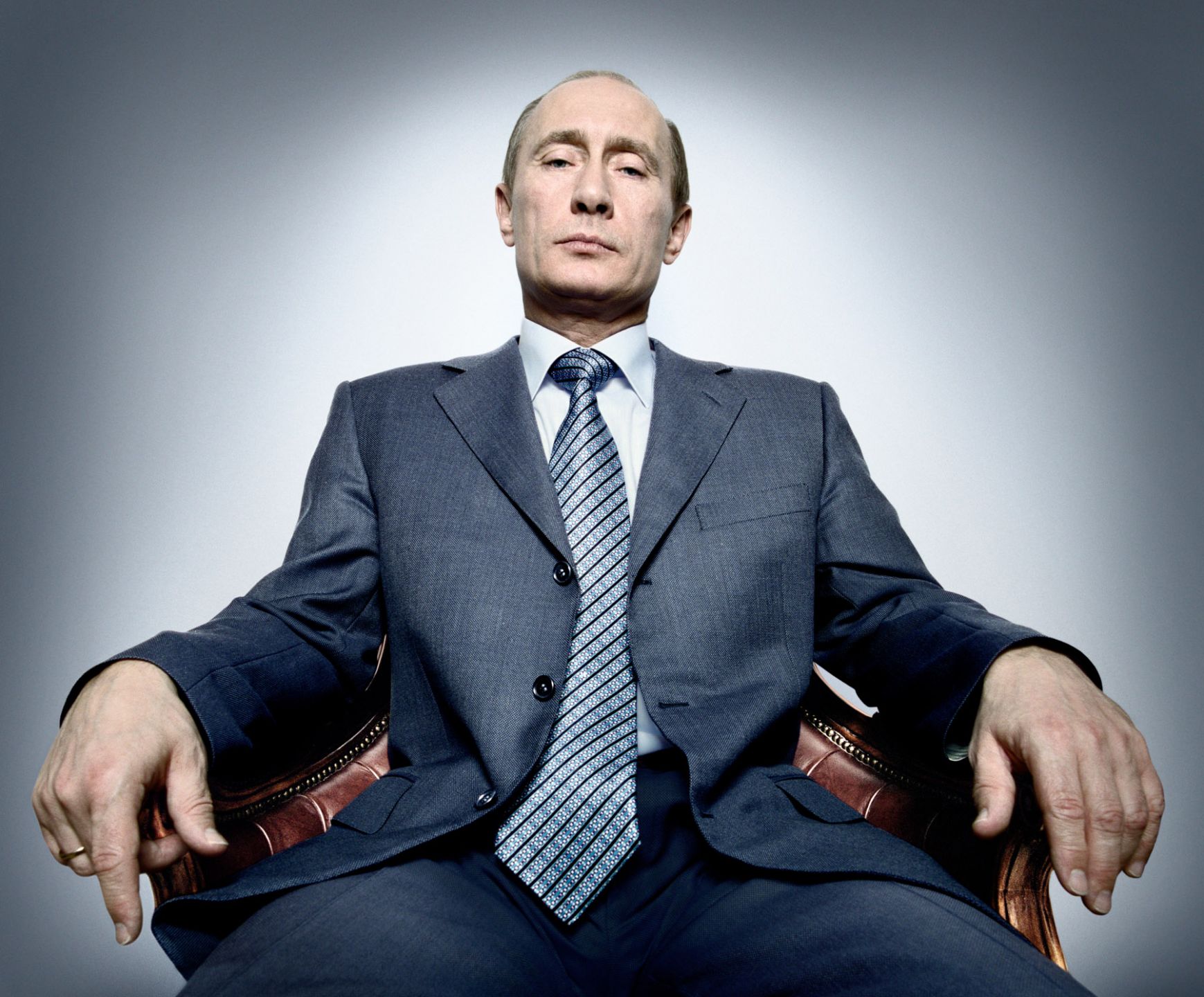 Of late, I’ve been asked to talk a little about international sanctions, specifically those currently targeting Russia. With Congress having recently issued a new round of sanctions, it seems as good a time as any to delve into what they’re about.

Broadly speaking, sanctions are punitive actions taken by one actor against another; most typically, this means a state-level actor (a country) taking action against another state-level actor, but sanctions can also be applied against individuals or businesses. Sanctions can take many forms, but generally involve restricting in one or more ways the normal permissions of a state, business, or individual to conduct themselves with others.

The so-called “Russian sanctions” that have been a hot topic of late are the product of the Magnitsky Act, passed in the wake of the death in prison of Russian lawyer Sergei Magnitsky. Magnitsky, who had been investigating fraud within Russia on behalf of an American British client, is believed to have been detained and imprisoned to silence his investigation and coerce him to confess to stealing $230 million, funds whose missapropriation has been linked to personal friends of Vladimir Putin.

The Magnitsky Act targets specific individuals believed to be connected to the death of Sergei Magnitsky, including tax officials, public servants of the Ministry of Internal Affairs, and judges involved in the case. All told, 18 name have been publicized as targets for sanctions under the Magnitsky Act. Five more would be added in January 2017. The Act directs the President to add to this list anyone suspected of either participating in the detention, abuse, and death of Sergei Magnitsky or understood to have profited from same.

So what does it mean to be on the list? Per the terms of the Act, if your name is on the list, you are barred from the United States for so long as the Act remains in force. Furthermore, if you’re on the list, your US assets are frozen, and you cannot conduct transactions with US nationals or for US-based property. If your assets come within the boundaries of the United States, they join the rest in the icebox. The Magnitsky Act was echoed in the European Union, which condemned the treatment of Sergei Magnitsky.

All told, that’s a pretty narrow scope of action. The people of Russia are in no way affected by the Magnitsky Act, nor are any major political figures. So what was Russia’s response to this measured action? An immediate ban on the adoption of Russian children by US nationals, and a reciprocal ban on 18 US nationals. As one does.

The new round of sanctions relates to prior sanctions passed under the Obama administration concerning Russian nationals involved in arms sales to Syria, cybercrime and cyberterrorism, Russian intelligence services and the FSB. In addition to prohibiting the White House from rolling back those sanctions without the approval of Congress (and if Congress is saying that, such approval will not be forthcoming), the new sanctions bill also broadens sanctions to target people and entities involved in Russia’s mining, metals, rail, finance and energy industries.

In short, what these sanctions do is single out the oligarchs and their lieutenants, the captains of industry and their wealthy peers who enjoy international travel and desire to move their money into holdings outside of Russia. For those people specifically, these sanctions are a real pain in the neck – no French Riviera for you. Otherwise, it remains business as usual, with the US and its allies keeping an eye on Russian cyber-meddling and arms shipments into the Middle East.

So what’s the scuttlebutt in Russia about all of this?

“The Kremlin has been too patient and lenient with the US, and in many ways not pro-active enough, like it should have been,” reports a Sputnik News interview. Russia Today ran a piece suggesting the “vanity” of senators is behind this action. Rhetoric out of Moscow is aboil over the unfairness of targeting Russian companies involved in European pipelines, and the underlying theme is that Congress has revealed Trump to be an empty suit with an unstable administration he can’t manage.

It’s always nice to find something to agree on, isn’t it?

To understand why these sanctions stoke the ire of Mr. Putin so, it’s useful to look at the 2010 book The New Nobility, by Andrei Soldatov and Irina Borogan. In it, the authors explore the end of the Soviet Union and formal disbanding of the KGB, the notorious state security bureau of the Cold War superpower. The KGB’s successor, the FSB, is as of 2000 officially a branch of the Russian military that reports directly to the Russian President (currently Putin). With an expansive role that includes both domestic and foreign intelligence operations, the FSB is subject to no parliamentary oversight and has annexed much of the old KGB structure, including personnel.

Boris Yeltsin had attempted, with the splintering of the KGB, to prevent any such concentration of power within the intelligence service, as he worried about a coup from within as had been attempted against Gorbachev. Yeltsin attempted to pit the various branches against one another – FSK, FAPSI, etc. and take advantage of the resulting division to maintain more control. Competition would, in theory, result in more options, more information, more planning. The result, in practice, was agencies unfamiliar with their newfound fetters and unable to act competently. To marshal more competence within his FSB, Yeltsin appointed a former KGB official to head the bureau, later moving this successful character to the Prime Minister’s office.

This, of course, was Vladimir Putin.

The FSB wields outsize power within Russia, likely motivated by Putin’s past service in the KGB. They are able to suppress dissent, stifle free speech, and engage in unchecked use and abuse of their powers to do as they please to those who would question the regime. The FSB is not, however, some dread lich arising from the Cold War, channeling the specter of Stalin. After all, the KGB, while vastly powerful, still reported to the political infrastructure and were responsible to it. The FSB answer only to their leader, not any other representatives of the Russian people, and thus have enormous ability to intervene in domestic politics with impunity.

“Impunity” is the name of the game in Putin’s Russia; the value of being an oligarch is more than mere money, it’s also the understanding that one can be a modern-day robber baron without consequence. When the KGB was in power, its officers enjoyed the luxuries of position – fancy cars, fancy homes, all manner of privilege. However, such privilege came from the largesse of the state, the government’s continued approval of one’s performance being necessary to keep enjoying the high life. The FSB, essentially the same people with the same appetites, removed that particular issue. Putin’s personal approval was the sole rubber stamp required, and he had a plan to give his former fellows more tangible and lasting rewards – real influence in the realms of politics and business, luxuries of status and position.

That’s not to say that this “new nobility” were in any way inherently noble; rather than forming a stable elite, they adopted that great spirit animal of capitalism, the almighty shark. Opportunities to get ahead had to come at someone else’s expense, and if legitimate means were unavailable… well, the new dukes of the land were old friends with the most powerful bureau in Russia, a closed shop unconcerned with public opinion. The potentates of business in Russia concerned themselves with personal enrichment, and could count on ambitious former colleagues to help move things along.

Magnitsky’s $230 million fraud arose from an illegal seizure of Mr. Browder’s Hermitage Capital, an investment fund he had run until Russian authorities (that’s the FSB for you) kicked him out and forged documents to transfer it to Russian control. The new owners in turn claimed that “their” company had overpaid in taxes by $230 million, and the Russian government obligingly paid them. To restate: Sergei Magnitsky discovered a fraud by Russians against the Russian government to the tune of $230 million, and died for it.

So let’s bring it all back home: what are the sanctions meant to do? Well, the new round of sanctions are meant to pressure Russia politically to curb cyber-warfare activities, espionage, and continuing military turbulence in the Middle East. The broader scope of the sanctions, however, has been to target these FSB-supported robber barons, people who have grown filthy rich by stealing from their neighbors, their customers, and their government. The “Russian sanctions” target people who are committing crimes against the Russian people and the Russian government. What could be wrong with that?

…unless the man running the show is in on the scam?

Which takes us back to Vladimir Putin, ex-KGB, ex-FSB, President in perpetuity, and quite possibly (as Mr. Browder testified last week) the wealthiest man in the world. As the only person to whom the FSB reports, Mr. Putin is directly involved in every illegal asset seizure, expulsion, and act of corruption perpetrated via the bureau. He is also, with projected assets somewhere in the range of $200 billion, one of the most direct beneficiaries, King John reborn. To his friends, his partners-in-crime, Putin has made the simple assurance of impunity, as long as he keeps getting his piece of the action. As Russia’s money flees the country to buy houses in Paris, London, and New York, Putin uses state propaganda to trample those who question this turn of events.

What do sanctions do? They remove this impunity. It turns out that Russian oligarchs don’t care for being trapped in Russia, unable to take their ill-gotten gains away from a society replete with pirates and stow them in foreign assets. After all, what was done for you can be done to you. The powerful apparatchiks don’t like living in uncertainty, don’t like the drying-up of the free-wheeling privilege they once enjoyed. Are they the judges and investigators whose corrpution killed Magnitsky? Of course not – but they could read the winds. and last week’s vote isn’t coming for the lower echelons. It’s coming for them.

No Robin Hood alive could undermine Putin’s reign, but an apparatus built atop corruption naturally runs on same. The security apparatus funneled the wealth of Russia through privileged government positions, ruthlessly hollowing out small businesses, pillaging tax dollars meant for public works projects, and imprisoning anyone who dared raise an objection. The concept of consequences for years of this behavior, and the resulting fear of being trapped on a scuttled pirate ship when a younger and hungrier generation of sharks comes to call, rattles Putin’s allies – and thus enrages the man at the top of the heap.

Make no mistake, the new sanctions sweep much more broadly and are intended to do more than uphold a moral battle against the murderers of Sergei Magnitsky. Nevertheless, their potency does not lie merely in curbing economic opportunities for Russian businesses. Their real strength comes from how they threaten the new ignobility, the robber barons whose wants and needs hinge on taking “their” money and running it out of Russia as fast as possible. That includes their would-be King John.