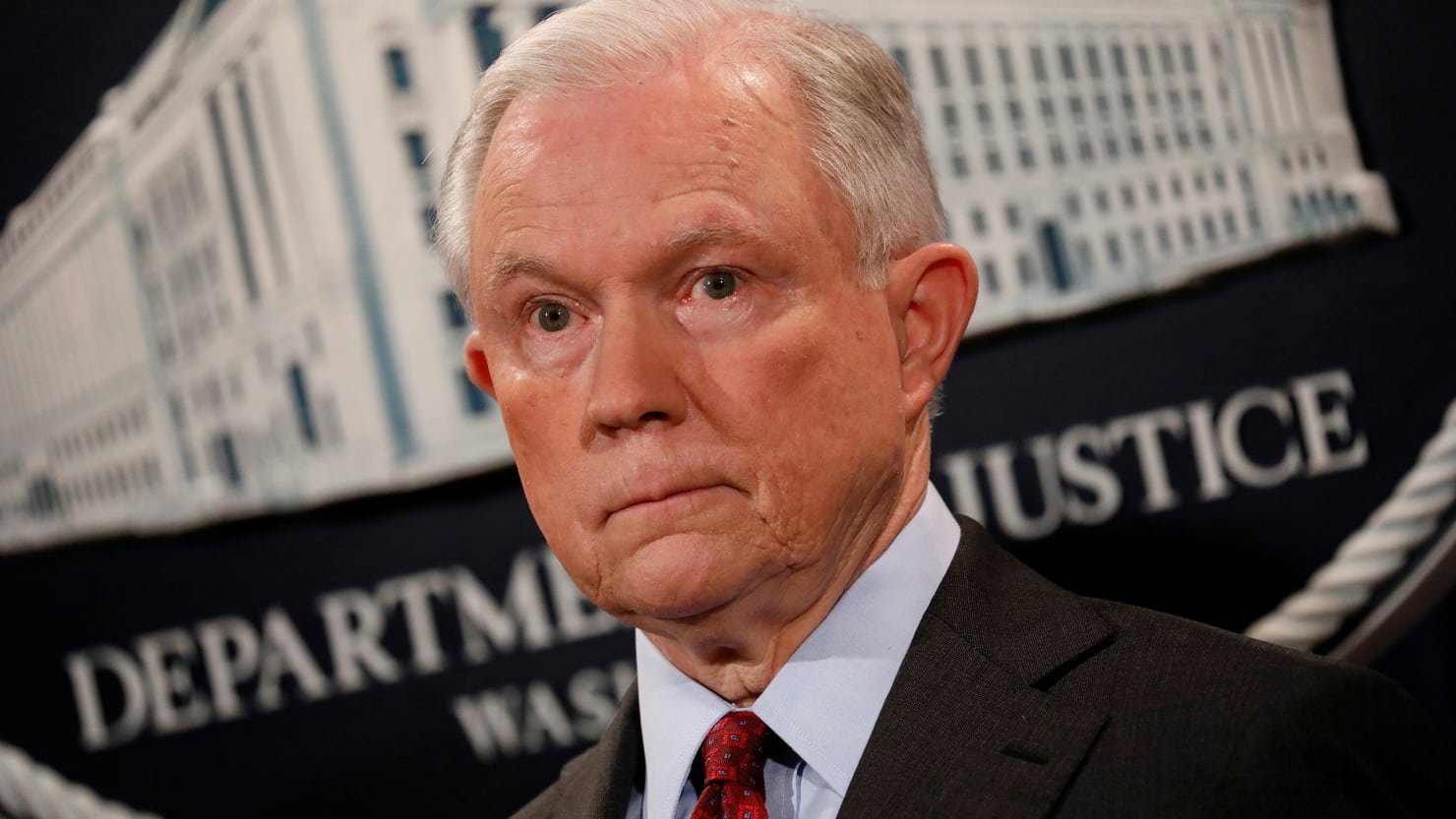 So we’ve got this bus, right? Like you wouldn’t believe – it’s deluxe, I’m telling you, nobody has a bus like this, nobody makes them like we do. It’s the most beautiful bus you’ve ever seen.

That’s not all; in addition to Trump’s latest rehash of his annoyance with his Attorney General for doing any actual bit of his job, he’s also installed a new communications director and prompted Sean Spicer’s resignation. That last, of course, has been a long time coming – there was never any possibility that the besieged and beleagured Spicer, #1 in his boss’s crosshairs at all times, would make it through Year 1.

Trump’s irritation with Sessions is nothing new; he whined vigorously about Sessions’ recusal back when the investigation into his campaign’s links to Russia first began, and this week he tellingly announced that if he’d known Sessions would consider himself conflicted out of such an investigation, a different Attorney General would have been appointed.

This is illuminating, or at least it would be in a non-Trump universe, because it tells us that Trump views the Attorney General’s job entirely on the basis of what personal loyalty to him can do to shield him from the Justice Department. Declaring that someone would be selected on the basis of whether or not they would keep a chokehold on investigations into himself implicitly means that Sessions was not selected on the basis of legal competence. It therefore tells us that Trump was never looking for the most qualified person for the office of Attorney General; instead, he was looking for the most reliable lickspittle around.

Lest we be too quick to praise Sessions for having the most rudimentary amount of spine required to follow the basic ethical tenets of the office, let’s remember that Sessions is now on the hook for perjury over his meetings with Russians, and that his recusal at this point reeks not of “I value the integrity of this office and must do the right thing,” but instead rather vividly of “don’t give them one more thing to throw me in prison for.” It’s often sad when an animal is run over by a bus, but less so when it’s a skunk.

As Trump lines up his next terrible move, Sessions is playing a familiar tune, declaring he has no plans to resign. We heard this from someone else not too long ago, a familiar refrain from a Spicey individual who’s hanging up his White House hall pass. Trump has already indicated that Sessions has failed the one and only qualification for the top job at the Department of Justice; how long can it reasonably be before he appoints a replacement to do what Sessions won’t? Rumbles out of Washington this week tell us quite clearly that Trump is contemplating Mueller’s removal; who better to do that than a new point man for Trump’s flew-by-night personal agenda?

One thing’s for sure: it’s not looking up for Jeff Sessions, and the man with the pardon pen is a petty, vindictive, and small person. Sessions had best hope that they’ve reached the bottom of the barrel on his involvement with Russians, as Trump is hunting ’round Dupont Circle in his brand new best-ever high quality bus, and he’d love to take its tires on a second journey across Jeff Sessions’ face.

We’ll call it the Trump Thump.