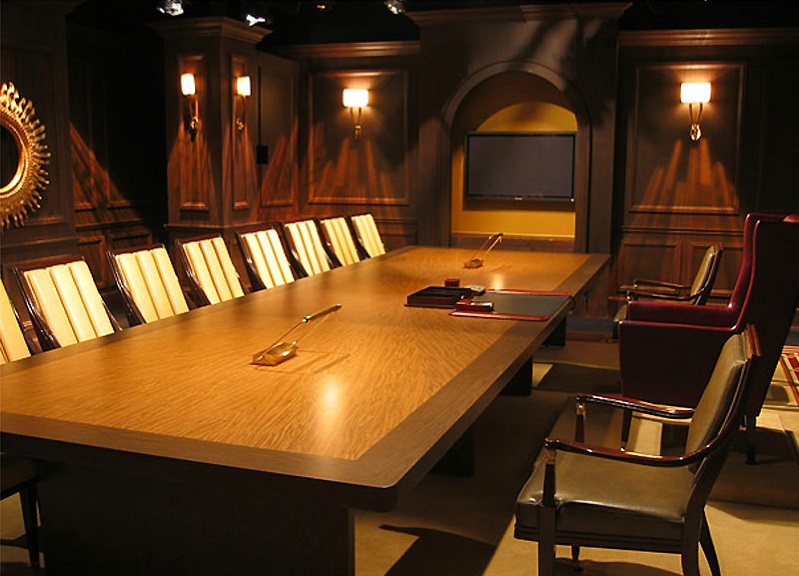 Among Trump’s many signature boasts during the 2016 campaign, one of his most personally treasured may have been his plans to involve CEOs and business leaders in his administration. The expertise of the private sector over the public sector is a favorite Republican talking point, and it’s the kind of sound bite that has a certain inescapable logic to it. If these people are so good at successful businesses, at making money, why not ask them to show us how it’s done?

With his self-proclaimed skill at being the man who would bring back American manufacturing jobs, the Manufacturing Council – a group comprised of major American CEOs – was the embodied representation of Trump’s capabilities, or lack thereof. In reality, both the Manufacturing Council and its sister body the Strategic & Policy Forum served as cover for his utter lack of ability to come forth with coherent plans to revive American manufacturing. By surrounding himself with successful businesspeople who were “aligned with” his administration, Trump could stand in their limelight and perpetuate the fiction that he deserves a place in their number.

In reality, of course, Donald Trump is not a successful CEO or businessman; he’s a successful conman and bankruptcy profiteer who got rich by leaving others holding the bag for his failings. The business world, at least, has always known this about him. However, many prominent voices whose political views aren’t necessarily in step with Trump’s agreed to serve on one of these councils, presumably swayed by the lofty mandate of promoting US economic growth and increasing jobs. One imagines there was no small amount of pragmatism involved – speaking business advice directly to the highest office in the land would in theory be the kind of corporate strategic opportunity that’s hard to buy, let alone quite so reliably.

…but of course, “reliably” isn’t a word one can link to Trump.

Several prominent businesspeople had already left Trump’s side even before his dismally stupid remarks on the Charlottesville tragedy. Bob Iger, Disney CEO and chairman, left the Strategic & Policy Forum in response to America’s withdrawl from the Paris Agreement, as did Tesla CEO Elon Musk. Charlottesville also caused Trump to lose Kenneth Frazier of Merck, Kevin Plank of Under Armour, and Brian Krzanich of Intel. On the Manufacturing Council, Trump lost the CEOs of Johnson & Johnson, United Technologies, General Electric, the Campbell Soup Company, 3M, and the presidents of the Alliance for American Manufacturing and the AFL-CIO. Naturally, Trump took this all in stride, writing his thanks to these leaders of American industry for their efforts as part of his councils and apologizing for the disruption his controversy caused to important work on behalf of the American people.

Just kidding. He instead went on Twitter to throw petty jabs at the early departures, especially Merck CEO Kenneth Frazier, one of only five African-American Fortune 500 CEOs, who he baselessly accused of propping up overinflated drug prices. As one does. A few days later, Trump decided chopping off his own head was a better alternative to bleeding out slowly. After all, who needs two councils ostensibly dedicated to the priority of ensuring that Americans have access to decent jobs? Not Donald Trump, that’s for sure, so he abruptly shuttered them via Tweet. Unfortunately for the Orange One and his attempt to get out in front of a disaster – “Rather than putting pressure on the businesspeople,” as he lamely described it – both councils had already been planning their own disbandment, a fact that was made public by their members. How dare they threaten to quit before Trump could utter his two favorite words that don’t involve his own name?

Atop this humiliating unraveling of his business ties, Trump also lost billionaire investor Carl Icahn, his special advisor on deregulation. Icahn abruptly resigned shortly before the publication of a New Yorker piece detailing conflicts of interest arising from his position, including possible criminal activity. It’s almost as though putting an industrial investor in a position to determine which government regulations on those same industries get rolled back creates perverse incentive. Who could have seen that coming?

The end result of Trump’s never-show-weakness fiasco, delivered and recanted and then delivered again on behalf of the worst part of his base, is that Trump is now standing in the winds of the American economy, his greatest weakness clear for all to see. The business world does not like Trump; they tolerate him when he’s easy to use for their own ends, and grow irritated when his haphazard tweets cause downward spikes on the stock market or debilitate a company’s trading value in a fit of pique. Trump is a phony, a huckster and confidence trickster who has never held credibility among his aspired-to peers. To paraphrase a classic commercial line: he’s not a CEO, but he plays one on TV. Now, he’s managed to alienate some of the most prominent CEOs in the country. In doing so, he’s demonstrated that he doesn’t value jobs as much as he values praise in the moment from the people least likely to question him – provided he keeps saying what they want to hear.

So to American workers, just remember – the approval of David Duke is worth more to Donald Trump than not one, but two expert councils devoted to growing the American economy and securing jobs for your future. It’s the Trump guarantee: Nothing matters to Trump more than Trump, especially not you. The brilliant business mind is now standing alone on a barren peak; let’s see what kind of rhetoric he can summon to burnish his jobs credentials now that he has to do it without the cover of better men and women. Trump is a hermit crab who survives by hiding inside the reputations of others. Thus exposed, we’re ready to watch him go to shell.