Yeah But Abbott Do… 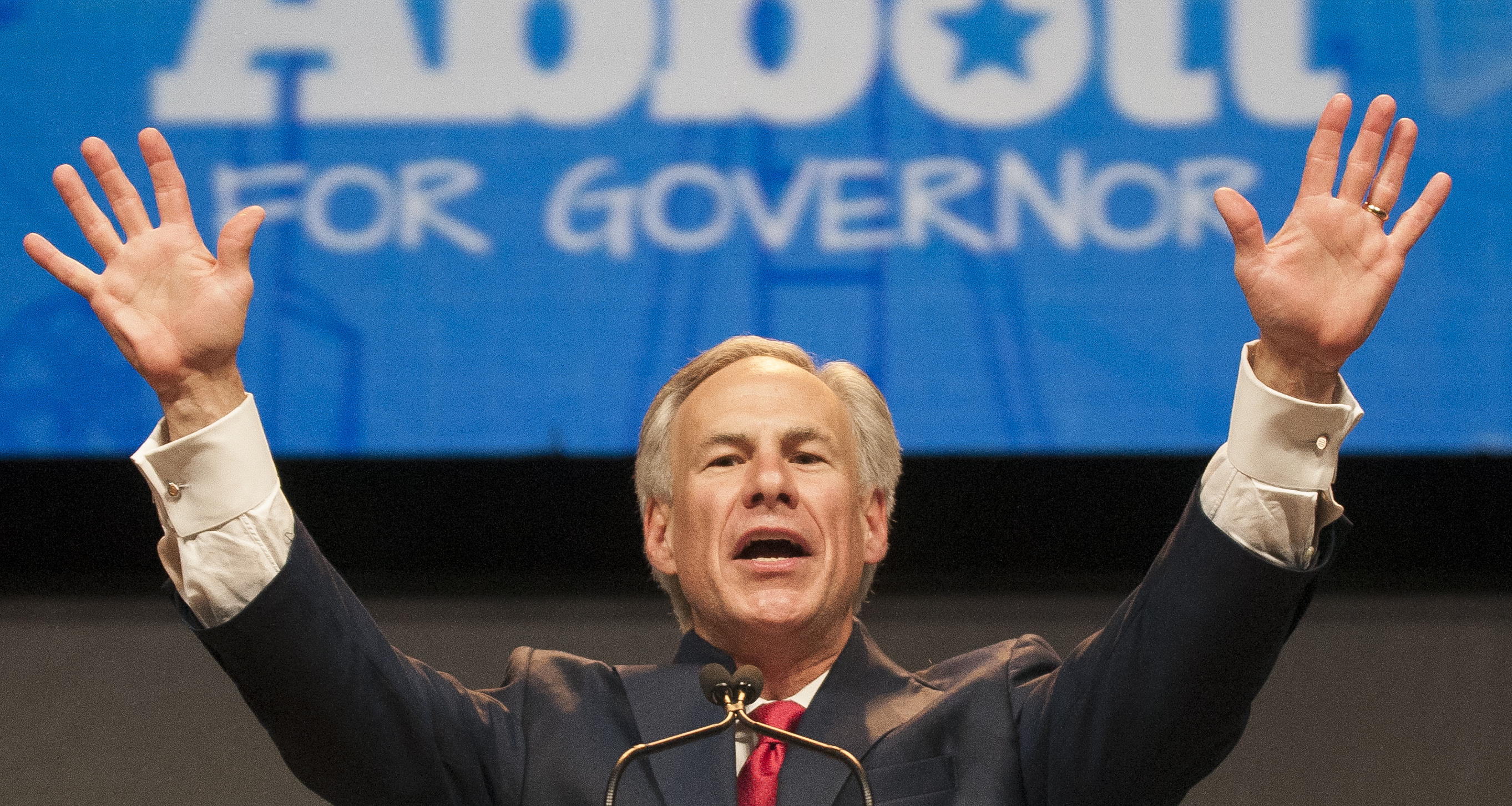 …you have any idea of how catapulting Texas back to the modern Stone Age will benefit you in any way?

That’s Texas governor Greg Abbott, by the way, a man whose political foundation appears to be built on flinty stone rather than a firm bedrock. The proverbial dead man walking, Abbott is battling the inevitable and doing it with… what’s the opposite of “panache?” That’s about where he’s situated – at the epicenter of a miasmatic cloud of desperation-stink, cliffs on every side.

Let’s cast Mr. Abbott as Captain Hook for a moment – not so that we can find ourselves a Peter Pan to defeat him, but so that we can listen for a ticking crocodile. There it is now! Lieutenant Governor Dan Patrick, ostensibly Abbott’s right-hand man, plays the reptilian role to a tee – and we all know what happened to Captain Hook’s right hand.

So why is Abbott’s political career yabba-dabba-doomed? It’s the natural consequence of being a comparatively weak politician with poor instincts and having Dan Patrick lurking behind you. Patrick, who has consistently positioned himself as a more “true” conservative than Abbott, is advocating vigorously for a version of the notorious “bathroom bill” that so damaged North Carolina. All the same bells and whistles – no local overrides, no compassion, no matter what. Using his clout to hold the rest of Abbott’s political agenda hostage, Patrick has put Abbott into an awful bind.

The difficulty, of course, is that Abbott fears a primary challenge from his lieutenant governor, an ambitious man who has publicly claimed he would never do any such thing – but has used his position to force Abbott to call a special session of the Texas legislature expressly to pass this bill. For whatever amount of popularity it may have among the right, it has to be recognized that North Carolina’s HB 2 did incredible harm to that state on the national stage, as well as presenting significant costs in terms of lost business.

HB 2 was believed to have cost Republican governor Pat McCrory his job. Now, its twin in Texas threatens to do the same to Abbott. Either he can stand with it, and be tarred and feathered when the inevitable consequences of such nakedly harmful and discriminatory legislation manifest themselves (national embarrassment? Check. Loss of conferences? Check. Major sporting events taking their business elsewhere? Oh you had better believe check); or, of course, he can stand in its way, giving Patrick the ammunition he needs to primary him and put Abbott into a fight he’s guaranteed to lose.

One way or another, Abbott has to realize that the final relevant move in this game was made a long time ago, and that everything he does now is just running down the clock until either he’s forced to ship out or the crocodile gets a crack at him. In the meantime, Patrick has demonstrated his functionally absolute control over Abbott’s decisionmaking, and is effectively already governor in all but name. Small wonder he’s said he doesn’t care to primary Abbott – as long as the sitting governor toes the line, Patrick has both the power and a degree of immunity from the consequences of his own reckless, harmful, and wrong-headed priorities. Meanwhile, Abbott’s imposing a Cost-ello on Texans in the form of this regressive and discriminatory legislation, a choice that will cost the Lone Star state both morally and financially.

It is an indefensible decision, and Abbott should recognize that taking it means he has already lost. There is no way the passage of this bill will stave off what has already happened – the functional seizure of power from a lame-duck governor by an ambitious, well-funded up-and-comer. All that Abbott’s actions do now is empower Patrick further, putting the responsibility for this historic mistake on the shoulders of a man too craven to take a stand when he’s beaten. Whatever his own priorities and agenda, Abbott cannot put checks on Patrick, and his attempts to wield power over legislators (most recently by publicly listing opponents) will invariably only serve to weaken him further by reminding them of how much of a hassle he has been.

We can only hope that once Abbott’s foothold has been reduced to rubble, Texas legislators will recognize the gross error that Dan Patrick’s pet policy represents. One can only hope that existing debate with responsible Republicans such as speaker Joe Strauss will pave the way for a Texas that doesn’t pursue such narrow-minded goals at the expense of their fellow Texans. Yabba dabba don’t feed the ticking crocodile, boys and girls; he’ll just drag you all down, Hook, line, and sinker.